After you installed Ubuntu alongside Windows in your computer, now you should change the highlighted text when you want boot into Windows because after Ubuntu installation the default operating system will be Ubuntu, like the picture below.

There are two ways for updating GRUB list order in Ubuntu. I try it in Ubuntu 12.04 and I think it also can be done in nearest older version before it. First is by changing the name of the file in “/etc/grub.d/” and second is by changing the default value in “etc/default/grub”. First way is to change the first text in the list become Windows. Second way is to change default highlighted text into Windows (the last text). You should choose one of the ways, the first or the second way. 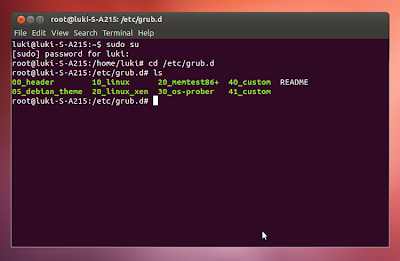 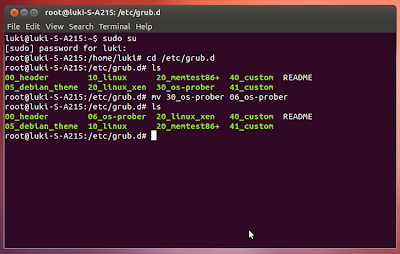 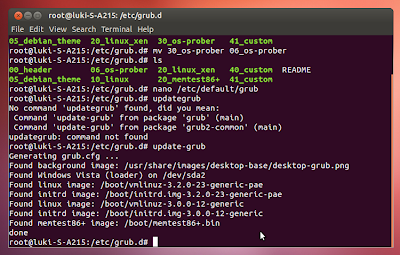 6.       When you restart your computer, the result is like the picture below. The first text is Windows.

Second way, change the default value in “/etc/default/grub”.
1.     You also must be root user for editing file. In this way, you must know what position of Windows text in the list is. You can see and know it when booting. 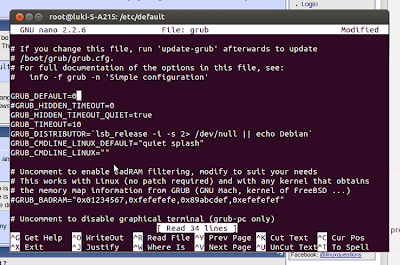 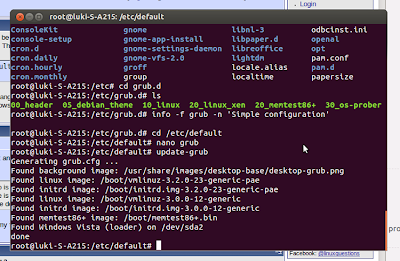 4.       When you restart your computer, the result is like the picture below. The default highlighted text is Windows which is in the last position.